Most popular month for visiting. The weather may be surprisingly hot, but also sometimes rainy. Thousands of passing Ruffs, Terns in river Valleys.
Forests
Good time to watch Woodpeckers feeding youngs - White-Backed, Middle Spotted, Syrian.
Marshes
Late migrants arrive - Aquatic Warbler at the beginning of May, Marsh Warbler after half of the month. Late afternoon or evening are very good for those species. Marsh Terns numerous - start nesting and are present in many places.

Many rarities are recorded in May also due to many visitors coming:
Long-tailed Skua - May 2010
Slender-billed Gull
Buff-breasted Sandpiper
Pallid Harrier (breeding attempt in 2008)

In the middle of the month groups of Storks and Cranes start moving southwards. Flocks reaching hundreds of birds start early morning from roosts and search for strong currents taking them further on the migration route. Shorebirds also show up in wet places eg muddy edges of fish-ponds or riversides (Biebrza/Narew) or lakes (Siemianowka Reservoir). In forests in the second half of the month owls start their autumnal activity (Pygmy, Tengmalms).

Most of the trees already without leaves, flocks of Waxwings numerous in towns and villages. Wintering raptors roam in Biebrza and Siemianowka - White-tailed Eagles, Rough-legged Buzzards, Hen Harriers.

Good period to watch wild Bisons which leave forests and wander in the fields.

Email ThisBlogThis!Share to TwitterShare to FacebookShare to Pinterest
Etykiety: calender 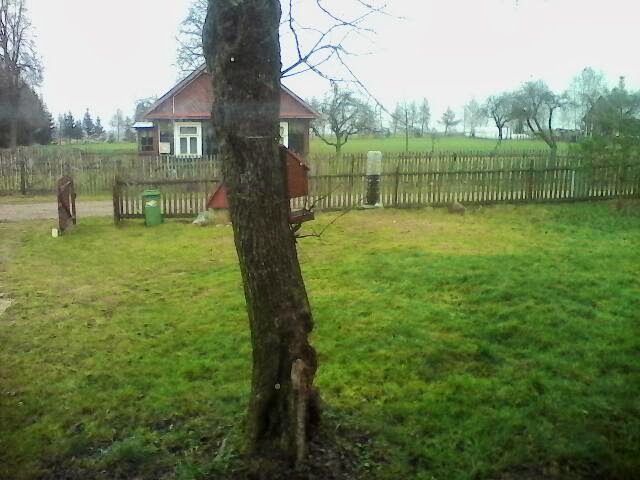 This unique European Forest is the only place where you can find all woodpeckers, 4 species of Flycatchers, both southern as well as boreal species (eg Tengmalm's and Pygmy Owls). Whole Forest covers 595 square km, with twice as much in Belarus. Bialowieza National park has only 103 square km what means that most of the Forest is still logged! Many efforts are undertaken to preserve all the area of Bialowieza Forest and ban logging. It seems results will be visible soon as logging is more and more restricted in 2010-2015


Bialowieza National Park - Strict Reserve
The area is a fragment of the forest which was not logged for hundreds of years. It is accessible only with licensed guide via entrance located north of Bialowieza village. Depending on the timing it's possible to see here Three-toed Woodpecker, White-backed Woodpecker, Black Woodpecker, Middle Spotted Woodpecker as well as Collared, Pied and Red-breasted Flycatcher. Lots of other singing birds possible (Greenish Warbler in VI-VII, Icterine Warbler, Wood Warbler common). Lesser Spotted and Booted Eagles possible at the meadow by the Park
Zebra Zubra Trail - ca 4 km
The trail leads from the edge of the forest west of Bialowieza village to the Bison's enclosure located by the main road to Hajnowka. The trails runs trough alderwood and some wet spruce forest and requires sometimes better shoes to walk. Several woodpeckers breed here (Three-toed, White-backed, Middle Spotted), Hazelhen possible in more "mossy" part of the trail. Neighbourhood of the encolsure also surprisingly good for woodpeckers, including also Grey-headed.
Oaks Trail - ca 4 km
As a continuation (back to Bialowieza from the enclosure) of "Zebra Zubra" you may choose wooden trail through oak-hornbeam forest leading E from the corner of the parking lot near the enclosure. Good numbers of old oaks and other broad leaved trees speak for themselves. Nutcracker, White-backed Woodpecker, Middle Spotted Woodpeckers possible.
Getting there
From Warsaw 250-300 km depending on the chosen road. Usually plan 3-4 hours for driving.
Accomodation
Numerous hotels including highest standards ("Zubrowka" Best Western) and cosy pensions like "Unikat", "Wejmutka" or "Ostoja".

Pygmy Owl is quite abundant though elusive bird staying in older parts of the forest, often by with spruces and pines. Active mostly at dusk. In the spring time its activity starts as early as February and ends in Late May. August till October is a period of autumnal activity. It reacts well at whistling and may be easily attracted though bear in mind that birds dont like this to often! Pygmy Owls prefer mixed old forest with good amount of spruce as well as nieghbourhood of some streams.

One of the largest Polish Reservoir was created in late 80s. It is located right at the border with Belarus, in the valley of Narew River. There is a railway dam in the middle of Reservoir which is accesible with cars and excellent for birdwatching. Eastern part of the reservoir is shallow and covered largely with sedge and reed. Numerous terns, grebes, gulls, passerines have their breeding grounds here. Eastern vast “marshes” also host numerous raptors – White-tailed Eagle (regular), Lesser Spotted Eagle (regular), Osprey, Spotted Eagle, Short-toed Eagle (summer), Red-footed Falcon (summer) and others. How to get there? After passing small pump station south of Cisowka Village follow small bumpy road to the east and get to the corner of the forest by the railway. From here on you may either drive or walk along the dam till the bridge (it’s not possible to pass it with the car!) Western part of the reservoir is deeper and usually occupied by fishermen. The dam in Bondary and southern steep bank near Tarnopol are worth visiting during autumn migration (divers, diving ducks). Fish ponds near Bachury (NE) are connected with reservoir and depending on water level create nice conditions for terns, waders and gulls.
Special birds
Citrine Wagtail – several pairs breeding since 90s. Recently mostly around Babia Gora (SE).
Eagle Owl – two or three pairs occur in eastern part of the lake. Active in spring and early autumn at dusk.
Great White Egret – regular and almost all-year bird.
Greater Spotted Eagle – recorded with Lesser near Babia Gora, prefers extensive hayed meadows with haystacks
White-winged Black Tern – annual breeder with numbers depending on water level
Rarities recorded
Short-toed Eagle – almost annual visitor late summer-autumn
Kittiwake – single bird in November 2011 later accompanied by 4 other immatures (Polish top score inlands)
Red Phalarope – two records of four in the Region, summertime at shallow mudflats
Gull-billed Tern – first for Region recorded in Summer 2011
Pomarine Skua – two records from main dam area in the west
No comments: